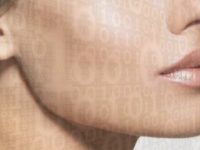 A light fluid especially formulated to combat skin ageing through a skin reprogramming process. Its action is based on the presence of a specific peptide which boosts cell proliferation in the basal layer of the epidermis, thus helping it to maintain its self-renewal capacity in the most effective and long-lasting way possible.
It is one of the most innovative treatments based on epigenetics (a group of factors that interact with genetics) that is specifically focused on avoiding the skin’s reduced capacity to “regenerate” during the ageing process.
It contains an ingredient for skin vitality that rejuvenates the skin’s appearance, making it appear softer, brighter and smoother with regular use.

Application
Apply once or twice a day at night or in the morning, as foundation, to a perfectly clean face, neck and neckline. Gently massage it in with an upward motion until it has been completely absorbed.

Indications
Young or mature skin that shows the first signs of premature ageing.

Red algae extract (Chondrus crispus): sourced from marine areas subjected to environmental stress (solar radiation, tides, etc.) which makes it develop adaptive mechanisms for its defence. It forms an even, continuous film on the epidermis made of proteins and carrageenates as a type of second skin. Thus it boosts the skin’s natural hydrolipidic film and resistance to environmental stresses. It reduces transepidermal water loss (TEWL).